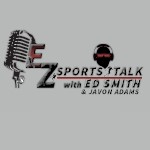 In case you haven’t heard, Tom Brady is returning to the NFL for his 23rd season. Only 40 some odd days after announcing his retirement on February 1st. That didn’t take long. From the moment I read his retirement text I had doubts that TB12 would be able to stay away from the game that has driven him to obsessive heights of competition, for over two decades.

After posting one of his best statistical seasons and coming up short of the ultimate prize, the bitter taste of defeat to the eventual Super Bowl Champion Rams, had to be driving him bonkers. Going out like that was not going to sit well. Problem was, he may have made a promise to Gisele and the kids, how could he walk that back only a few weeks later?

I imagine this is how his unretirement came to be. Last weekend, as Gisele washed dishes, through the window she observed Tom in the backyard riding the lawnmower aimlessly around the estate. Something was off, even from a distance she recognized his normal jovial spirit was replaced by a sullen, downtrodden expression. Didn’t take a rocket scientist to understand the problem; her hubby was experiencing retirement regret. The offseason had barely begun, and he already missed playing with his friends.

Gisele, forever the understanding, sacrificing spouse grabbed an avocado shake from the fridge and went to greet Tom in the backyard. The conversation may have gone a little something like this:

Gisele: “Tom, it looks like something is bothering you.”

Gisele: “I know when something is on my man’s mind. You miss football, don’t you? I think you should go back for one more season.”

Tom: “You serious? What about spending more time with you and the kids?”

Gisele: “We’ll be fine, and we love seeing you happy more than anything. Go win Mama another ring!”

A few minutes later, Tom had GM Jason Licht and HC Bruce Arians on a conference call. Screams of jubilation could be heard by both, as Tom informed them of his return.

Next on the call list is Gronk, who may have been the happiest of them all. Coming back for another run meant he didn’t have to rely on those crappy USAA Commercials as his only form of income.

Later that evening, one of the Brady kids approached Gisele with a concern. “I thought Daddy was done with football. He’s in his office watching film and writing notes. Does this mean we’re not going to Disney this summer?” Gisele’s response, “yes, daddy is going back to play football but we’re still going to Disney, just not this summer. We’ll be going after next year’s Super Bowl.”

This is obviously a fictitious version of events, but the fact remains, the NFL will be better for having Tom Brady for at least one more season. Father Time remains undefeated, at some point the G.O.A.T. will retire for good, of his own volition, or the game will finally escort him out. Until that day, love him or hate him, we should bask in his omnipresence.

Welcome back TB12, you weren’t gone long but you sure did scare us. 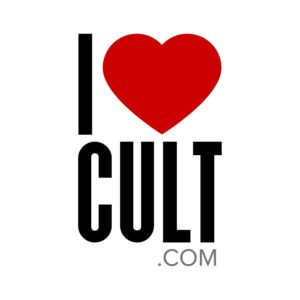